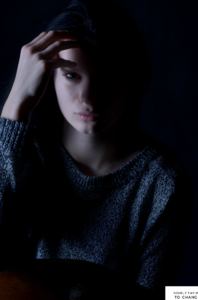 It’s normal, on occasion, to go back and double-check that the iron is unplugged or your car is locked. But if you suffer from obsessive-compulsive disorder (OCD), obsessive thoughts and compulsive behaviours become so excessive they cause tremendous distress, take up a lot of time, and interfere with your daily life and relationships.

Obsessive-compulsive disorder (OCD) is an anxiety disorder characterized by uncontrollable, unwanted thoughts and repetitive, ritualized behaviours you feel compelled to perform. If you have OCD, you probably recognize that your obsessive thoughts and compulsive behaviours are irrational—but even so, you feel unable to resist them and break free.

Common obsessive thoughts in OCD include:

Common compulsive behaviours in OCD include:

Ready to find out more?

To arrange a free initial consultation please contact me on 07801481724 or email me at Amy@AmyJohnsHypnotherapy.co.uk

Contact Me
Use of Cookies We use cookies to provide the services and features offered on our website, and to improve our user experience Cookies are small files or other pieces of data which are downloaded or stored on your computer or other device, that can be tied to information about your use of our website (including certain third party services and features offered as part of our website) By clicking "I Accept" you agree to such use of cookies, unless you later decide to disable them Please note that if you delete or disable our cookies you may experience interruptions or limited functionality in certain areas of the website.I Accept