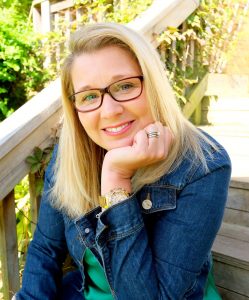 ow many of you have mastered the art of procrastination? Recently I have spoken to so many people who for their own reasons seem to be procrastinating over something.  Whether that’s because it’s something new, they are not feeling confident, the amount of work feels overwhelming, it’s not something they’d enjoy, or they think it won’t go well; it doesn’t matter.

I know I can be quite capable of doing it too if I allow myself.   To be honest while writing this blog, I have noticed that ironically, I was procrastinating about entering a 26-mile trek along Hadrian’s wall for charity.  I have been thinking about it a lot, weighing it up, and finding lots of other things to do.  Always saying I will book on to it later.  I also think that my danger zone is when I am not that busy or have no time pressure, I have loads I can do but find I will go for the simple usual everyday tasks.   Even this blog has caused me to procrastinate, in its original form it turned out to be very long, I could not decide if to split it into two blogs or to go with one long one.  After laughing at ridiculousness of what I was doing with friends, I just got no with it and split it into two.

It’s when the pressure gets too much that it can have a negative impact on our health and well-being.   We start to procrastinate, often falling into the negative cycle of beating ourselves up, so that we don’t start that job that is playing on our mind.  The more we don’t do it the worse we beat ourselves up so the less we are likely to do it.

So, what is procrastination?

Humans have been procrastinating for centuries.   Ancient Greek philosophers like Socrates and Aristotle called it ‘Akrasia’.  Saying it is the “state of acting against your better judgment, doing one thing even though you know you should do something else.”  Procrastination is the act of delaying or postponing a task or set of tasks.

So why do we procrastinate??

I have read of lot of articles and research papers to help me explain the science as to why we procrastinate and the best way to understand it is by imagining that you have two selves: your Present Self and your Future Self. For sake of simplicity the present self-works in the Primitive brain, the future-self the Frontal cortex.  When you set goals for yourself — like losing weight or growing your business, getting fit— you are making plans for your Future Self. You are deciding what you want your life to be like. Researchers have found that when you think about your Future Self, it is quite easy for your brain to see the value in taking actions with long-term benefits.

However, we then have the problem that while the Future Self sets the goals, only the Present Self can act, and it only thinks about itself.

The science behind it

So why is this? Well we are the only species who can forecast, imagine and have delayed gratification due to our highly sophisticated frontal cortex.   This is the most evolved bit of our brain which no other animal has.  This part allows us to create, problem solve, set a future goal. 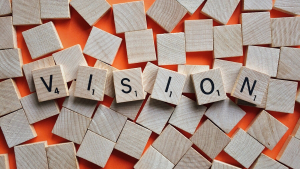 Now we can activate that part of our brain which can delay instant gratification in benefit for a bigger bonus (not lighting a cigarette or not having cake).   I often say to clients that it’s like being the parent to your inner child (primitive brain) who says, ‘I WANT chocolate right now’ and the parent saying ‘NO, it is bad for your teeth’. The visualisation element we are capable of in our frontal cortex can show us what the goal is, why it is worth persevering and that it will benefit you long term.

We have our ancestors to thank for it
The problem is that we are then fighting the Primitive brain, which acts like an animal would; in the here and now it wants instant gratification, what do we need for survival?   When our stress levels are up, we will be working in this part of the brain which does not always make the right choices for us, i.e. Donuts 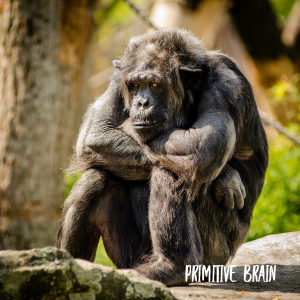 , or hanging out the washing when we should be working on our Blog!    When we work in our Frontal Cortex, we can focus on that long term goal and we can keep control.

There are also different types of Procrastination

So, what are the benefits of being an Active Procrastinator?

So, there are times when we need to embrace it, but say you fall into the trap of not doing anything….

If you find yourself sitting on your sofa doing nothing or doing something fun but not enjoying it, then you’re a passive procrastinator

The problem is that we cannot rely on long-term consequences and rewards to motivate the Present Self. Instead, we must find a way to move future rewards into the present moment. We need to make the future consequences become present consequences.

Let’s say I had a Blog to write like this one…. I’ve had it on my list for weeks and continued to put it off day after day. I experience just a bit of internal nagging, pain and anxiety thinking about it, but not enough to do anything about it. Then, suddenly, the day before I want to publish it, the future

consequences turn into present consequences, and I write it. My pain from procrastinating has finally escalated, and I crossed over into action mode.

If we want to stop procrastinating, then we need to make it as easy as possible for the Present Self to get started and trust that motivation and momentum will come after we begin. As with most things, such as confidence, motivation often comes after starting, not before.

In part 2 (to be published in the next few days), I will give solutions and techniques for you to try to move from being the passive procrastinator to being able to ignore the Present Self and get things done that need to be done.

In the meantime, if you do need help to get started you can contact me in the following ways. xx

And keep a look out for part 2 over the next few days!